Him We Proclaim to the World

Cross Park doesn’t exist simply for our own good—God has called us to show and tell Jesus’ love to South Charlotte and to the world. We have several partnerships that allow us to carry out Christ’s call to local and worldwide missions. In South Charlotte, we partner with the Sharon Lakes community to host a weekly Bible camp for children. Internationally, we partner with El Shaddai Ministries to support the spread of the gospel in Haiti. Our sister church reaches the community in BonBon, Haiti, where we send teams each year on short-term trips. We also partner with an organization in East Asia, where we also send teams each year.

We also believe that God has placed us in Charlotte to be a church that sends people out, into their workplaces, schools, and neighborhoods. Additionally, we formally train and send people out as pastors, missionaries, and counselors, and into other full-time ministry jobs. Because of this, we believe in continuing to support these missionaries as they pursue the work that God has called them to do. 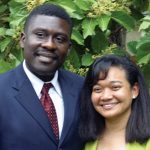 Dony St Germain and his wife Sharon, along with his brother Louis are key church planting movement leaders in the island country of Haiti. Dony is the liason and representative to the PCA (Presbyterian Church in America) for Haiti.

Cross Park has partnered with Dony since 2011. In addition to monthly support, CPC has sent 1-2 short term trips per year to Jeremie, Haiti. Our focus is on outreach medical clinics and children’s ministry in the remote rural village of BonBon, and teaching in the seminary and University in Jeremie. The church at BonBon was established in 2011 like Cross Park. Through medical clinics that ESMI has done in that church, the church at Bon Bon has been able to plant 5 more “preaching points,” or places of worship without a building, in the remote hillside of that region. We have also partnered with the University that ESMI has started in Jeremie by sending doctors and pastors to teach on needed topics in the school of nursing and at the seminary.

The eye of the hurricane passed directly over Jeremie, Haiti in October of 2016 destroying so much of this city and devastating the surrounding rural areas.  The village of BonBon was leveled, crops destroyed, and many lives were lost.  Cross Park Church is helping ESMI with the massive rebuilding efforts.   Most notably, Cross Park desires to rebuild the simple church in BonBon that serves as a place of worship, a primary school, the site of medical clinics, and the community center.

An Overview of ESMI

What is the mission of ESMI?

ESMI’s Mission is to be a Christ centered ministry filling Haiti with passionate church leaders and to establish a network of Haitian churches that are spiritually healthy, evangelical and self sustaining.

What is the philosophy of ESMI?

ESMI’s philosophy is developed around a holistic approach to ministering to the people of Haiti. It is based on the 4 “E’s”:

What is the impact on Haiti for Christ? 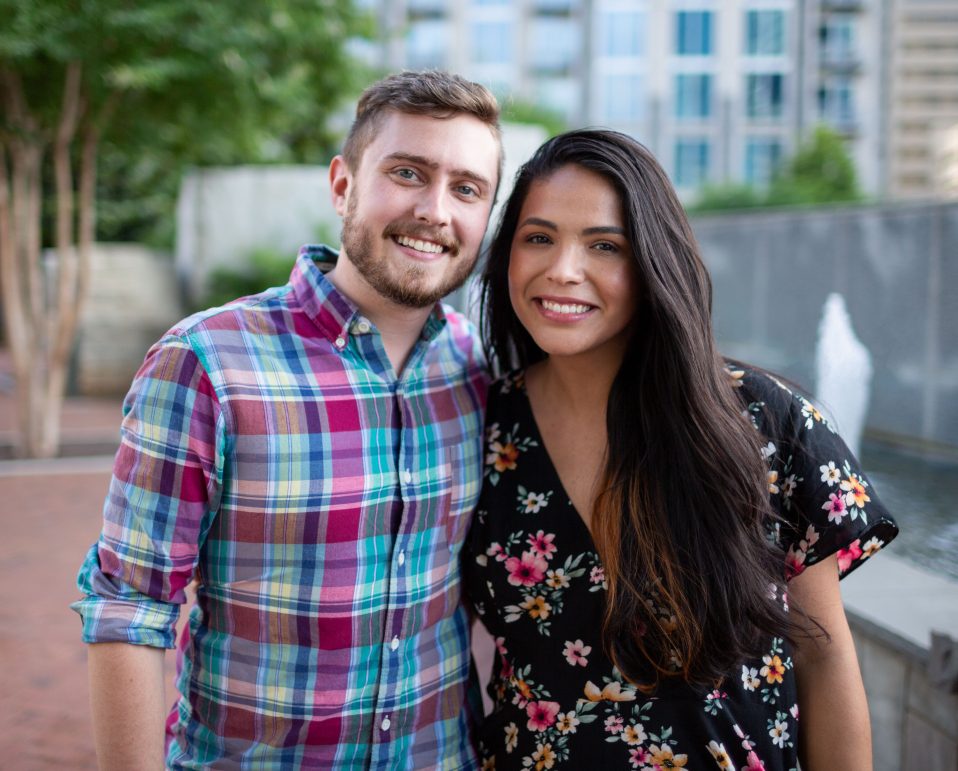 John was born and raised in Birmingham, Alabama, and pursued his bachelor’s degree in Advertising at the University of Alabama. He met his wife, Mary Ann, working in Colorado the summer after his freshman year and they tied the knot in 2014. Shortly after graduation, John and Mary Ann headed west to Norman, Oklahoma so that he could intern with RUF at the University of Oklahoma while Mary Ann finished her degree in Public Relations and Broadcasting. Two years later John was affirmed in his calling to full-time ministry and the pair packed up again to move to Charlotte, North Carolina where John received his Masters of Divinity at Reformed Theological Seminary. Thanks to Mary Ann paying the bills, John was able to complete the program in three years and was thrilled to stay in Charlotte as the RUF Campus Minister at the University of North Carolina at Charlotte. 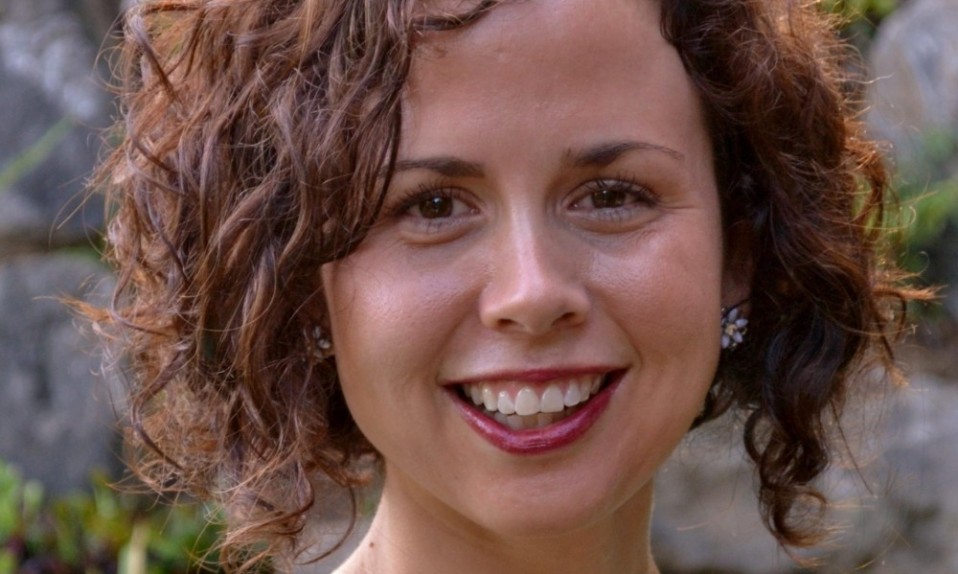 Haley serves as a clinical counselor at Cornerstone Counseling Foundation, whose mission is to provide healing and hope for Christian workers in Thailand and throughout Asia.  Haley’s ministry experience includes seven years of college campus ministry with Cru (formerly Campus Crusade for Christ), followed by graduate studies in Christian Counseling at Gordon-Conwell Theological Seminary in Charlotte. 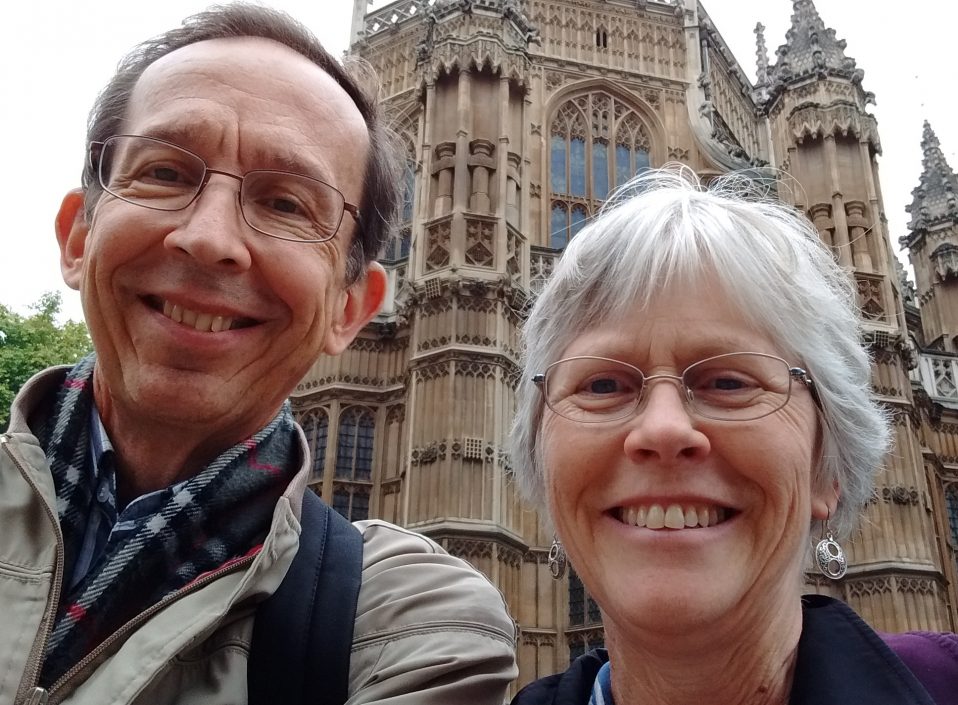 Paul and Clare have been serving in mission with SIM for 33 years! They first worked in southern Ethiopia doing medical outreach, community development. Due to the civil war there, they had to return to the US, but soon re-deployed to Nepal in the mid-90’s. There they did medical work and participated in outreach to Tibetan Buddhists. Clare’s breast cancer diagnosis brought them back home in 1997. At that point Paul began working globally with SIM’s ministries of compassion. He helped start SIM’s multi-country Hope for AIDS program; this enabled national partners and churches to care for the most marginalized by Gospel word and deed. They spent the decade between 2004-2013 in Asia, where Paul served as Regional Director for SIM’s work in 5 countries. Since 2014 they have worked in the US but with a global focus helping SIM to integrate health care ministries and Gospel outreach, as well as medical leadership development. Clare has worked in Member Care and counseling since 2008. 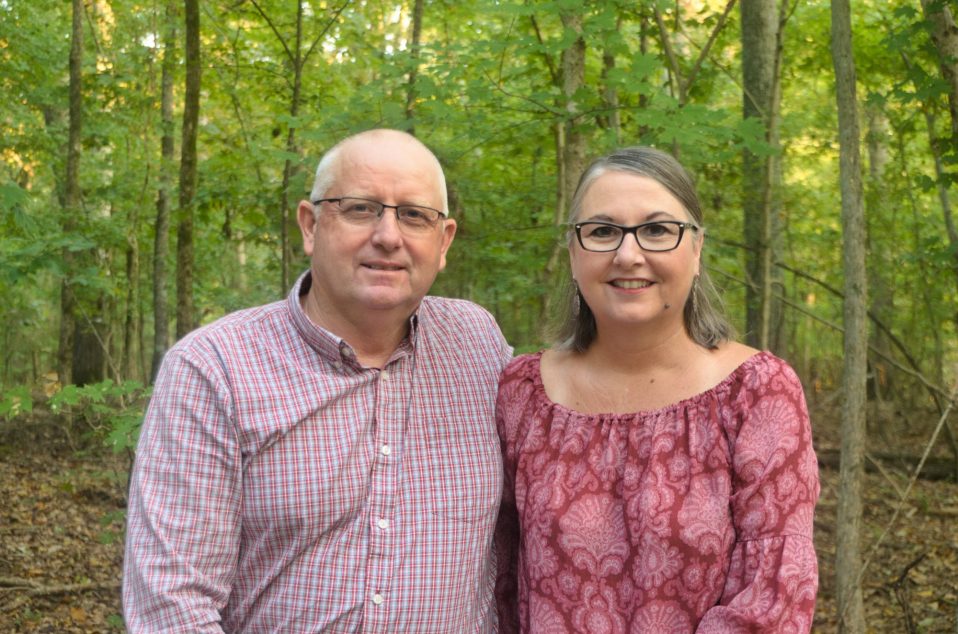 Bob and Karen serve as leaders with SIM USA’s Operational Ministry. The two served in South Sudan for two and a half years, where Bob provided pastoral care for missionaries and trained local pastors, and led building projects for the SIM Medical project. Karen (a Certified Medical Assistant) helped train Sudanese medical staff, and enjoyed providing care in the Children’s Nutrition Village for severely ill and malnourished children.

Karen leads the work of the 48 bed Guest House and valet service from and to the airport, bus, & train for SIM USA’s Hospitality Ministry for new and seasoned SIM missionaries who are visiting the Charlotte headquarters for training or other events.  As well as participating in interviews for new missionaries.

The couple is thankful to provide a significant part of SIM USA’s care ministry to the SIM USA Missionary family and enjoy the process of assisting their teams to thrive in their ministries. 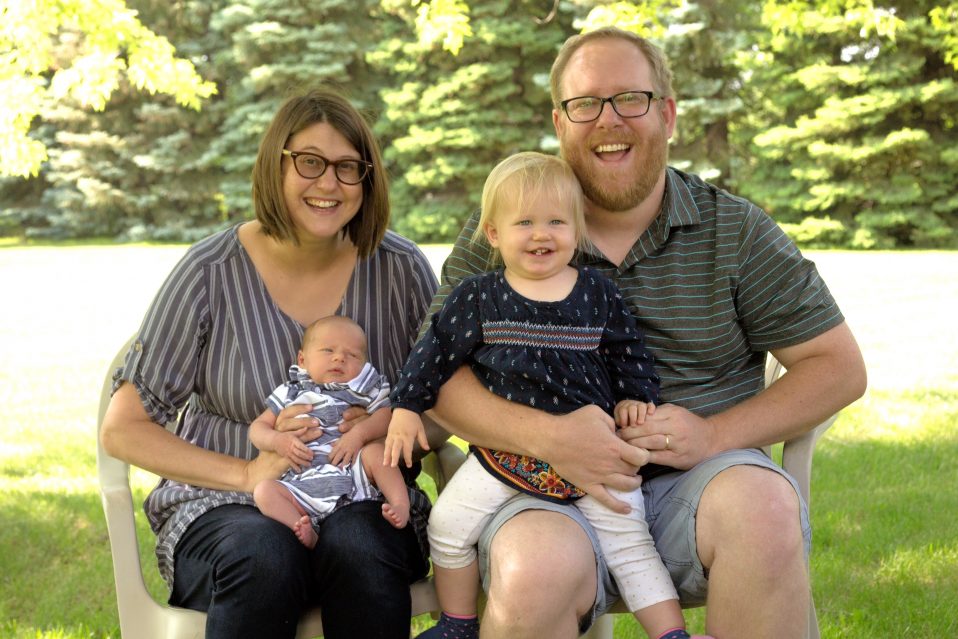 Denise and Luke (along with their mission organization, SIM) are convinced that no one should live and die without hearing God’s good news. By God’s grace, they want to help make disciples of the Lord Jesus Christ in communities where He is least known. They live in Chiang Mai, Thailand and serve on the leadership team of SIM Thailand. The SIM Thailand team’s mission is “[To see] the unreached of Thailand authentically respond to the gospel and be discipled into biblically-based, community-transforming churches that engage in mission. Our mission is to make disciples where He is not yet known.” It is likely that up to 99% of Thai people have never heard the Gospel clearly even once. Many communities have no churches.

Luke has been a member of Cross Park Church since it was planted. He has been with SIM since 2009 and lived in Asia since 2015. There, he met Denise, also a missionary, and they were married in 2017. They have a daughter named Leigh and a son named Gerald. In 2019, they made the difficult decision to leave the country in which they were serving because of persecution. In consultation with Cross Park Church, they decided to move to Thailand to continue to minister among unreached people.

T. and B. have served with Cru for 9 years, stateside and abroad.  They currently serve in the Charlotte Metro area, with a focus on UNC-Charlotte and Catawba College.  Cru’s mission is to Win lost students to Christ, to Build them up in their faith, and to Send them out as Christ-centered laborers.  Evangelism and discipleship are the heartbeat of their ministry.  The Charlotte team is committed to praying for and sending students to East Asia to further the gospel there as well, and T. and B. enjoy playing an intricate role in serving this country.  They currently have one son and one daughter. 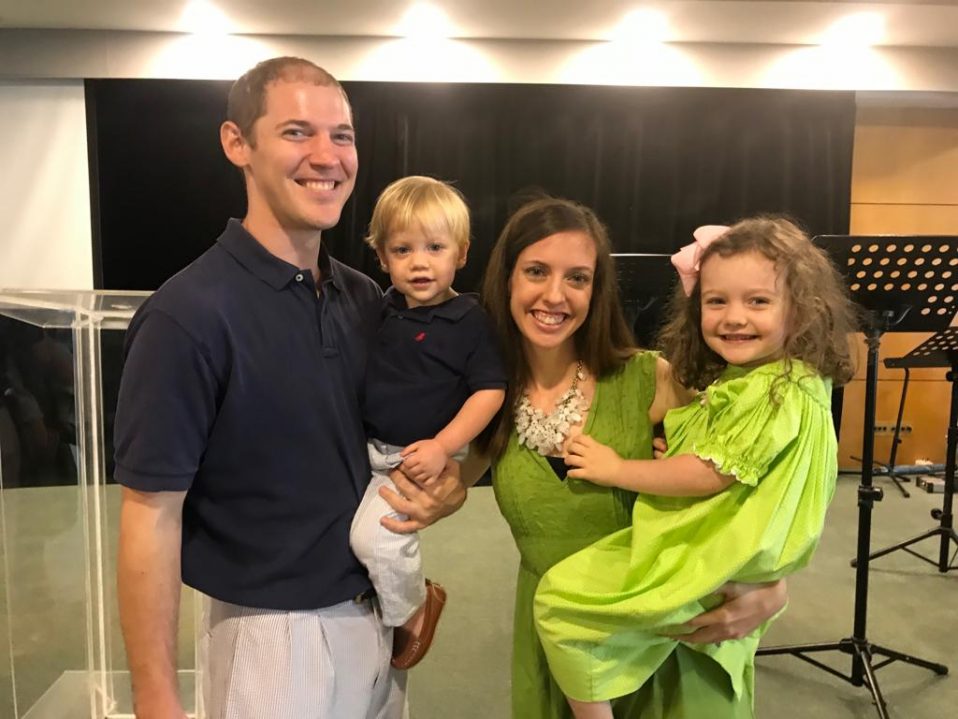 Curtis and Marisa met in Atlanta in 2011 and moved to Charlotte to attend RTS in July of 2012, one month after their wedding. Curtis is from Birmingham, Alabama, went to Vanderbilt, and likes college football and comedy. Marisa is from LaGrange, Georgia, went to Georgia Tech, and likes cookie cake, walks with friends, and laughing. They moved to Asia in January of 2016 to work with college students through RUF Global. Their culture is a mixture of Muslims, Buddhists, and Hindus and has made them realize how true John 3:27 is, “a person cannot receive even one thing unless it is given him from heaven.” They want to be faithful and pray that the church would be bold and look forward to the day that light will shine on those who dwelt in a land of deep darkness. They live in a high rise condo in a city in the jungle along with their daughter Mary Claire (4), son Simon (2), son due November 2, and a lot of bug eating lizards. 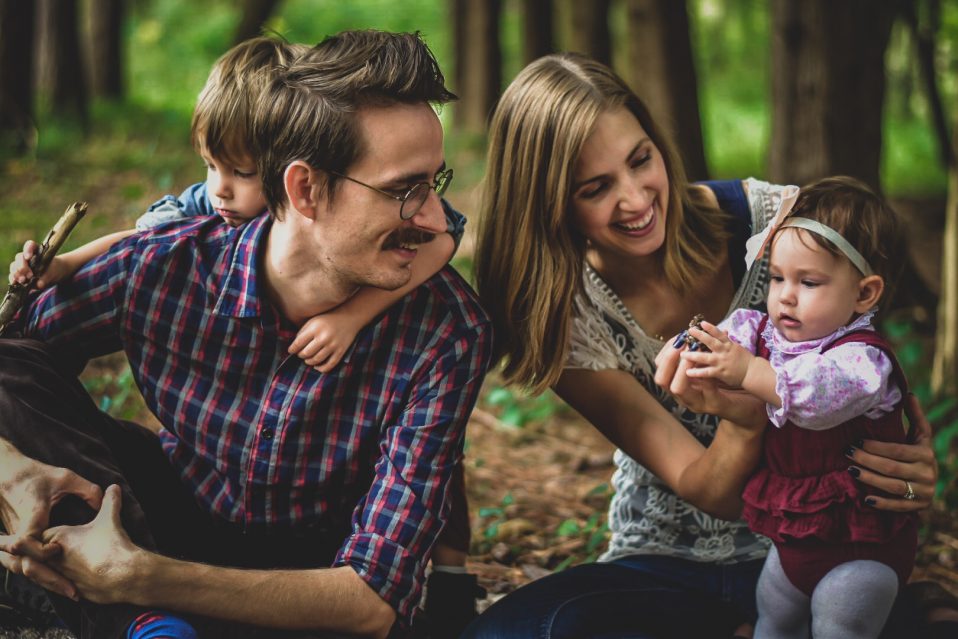 Wisconsin is home for Clay by birth and by Packers football obsession. He and his wife, Katie, did enjoy a sweet reprieve from the tundra in Charlotte, however, while attending Cross Park so that Clay could study at Reformed Theological Seminary. Their knowledge, devotion and practice of the Christian life all grew many times over in the warm Carolina climate. Now, Clay is called as a Church-Planting Apprentice at Cornerstone PCA in Delafield, WI to explore how God is calling him to serve in a burgeoning church-planting and gospel movement there. He is tasked to learn by practice in the areas of evangelism, shepherding, teaching and ministerial preparation. He is currently organizing a team of local supporters and building with them a vision for church-planting in Waukesha. They want to see Christ embraced as beloved Savior and obeyed as matchless king in Waukesha County. They’re convinced that only more places that authentically worship him will make that happen.